This car is currently fresh off of my restoration efforts, and is not a bad looking car given that it is now 42 years old.  I purchased this car from a party in Colorado, and when I repaired/replaced the following:

They say German engineering is the finest in the world, but there were a few systems on this Beetle that were flat out drawing board failures, and I chose to fix them, namely:

1.  Heater system.  The original heating system on these bugs were infamous for their poor performance straight off the show room floor, they never worked very well at all, especially the defroster.  The engine fan was designed primarily to cool the air cooled engine, and perhaps 20% of the air movement was directed to the heating system when the heater lever was engaged.  Since this forced air had to travel over 10 feet from the fan to the dash board, almost no air reached the windshield.  To correct this, I purchased two Detmar 12 volt in line fans and mounted them inbetween the heat exchangers and the rear heater vents.  When engaged, these blowers which came off of a Roush Racing team NASCAR race car (used by Roush to cool brake linings) increase the forced heated air flow to the interior of the car and especially to the windshield perhaps as much as 500%.  In fact, they heated the car so well, I had to install a rheostat to enable the driver to reduce the fan speeds of these blowers so that the car did not get too hot: something NEVER before said about a convertible beetle, ever in their 70 year history.

2.   Windshield washer system.  The factory system had the spare tire providing air pressure to the washer fluid reservoir, and pressurized tubing was plumbed from the reservoir up to the windshield wiper activator, and from there to the hood nozzle.  Any failure along any of these fittings, from spare tire to reservoir to activator would depressurize the entire system and leave the Beetle with no windshield washer and a flat spare tire.  Terrible engineering, bound to failure at any number of points in the system.  Rube Goldberg could have engineered a better (and likely more entertaining) system, and it would have had the same reliability as the original: meaning poor at best.  To remedy this unreliable system, I simply purchased a new washer pump designed for a 1980’s Toyota Celica, mounted it at the bottom of the reservoir, lead the 12 volt wiring to a button under the dash, and problems solved, chance of failure of this system almost zero. 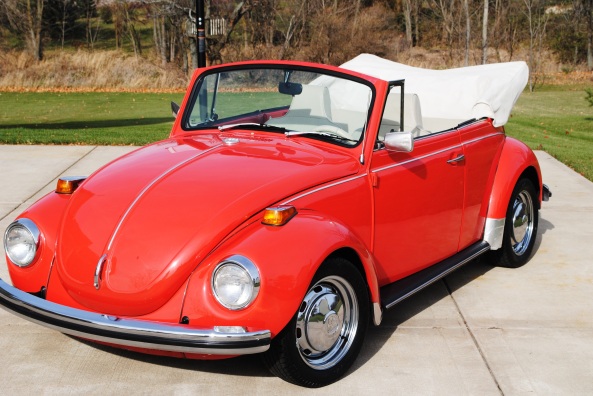 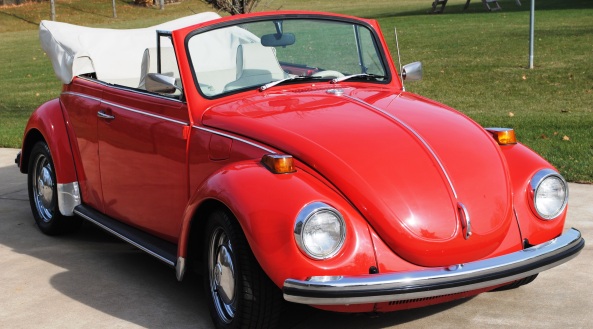 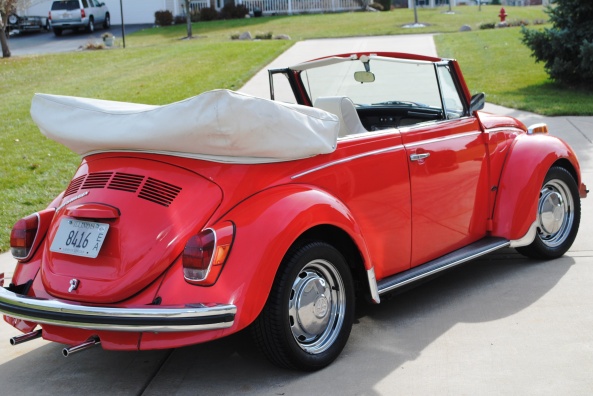 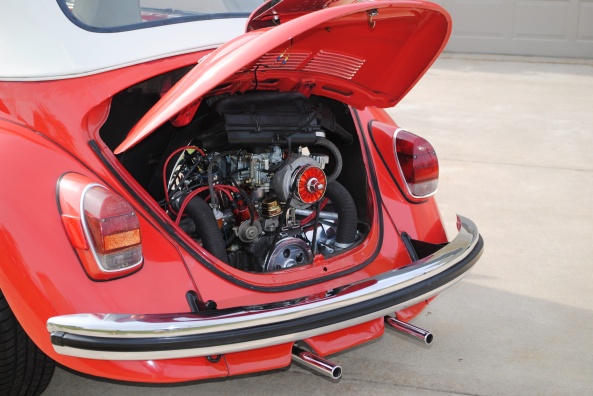 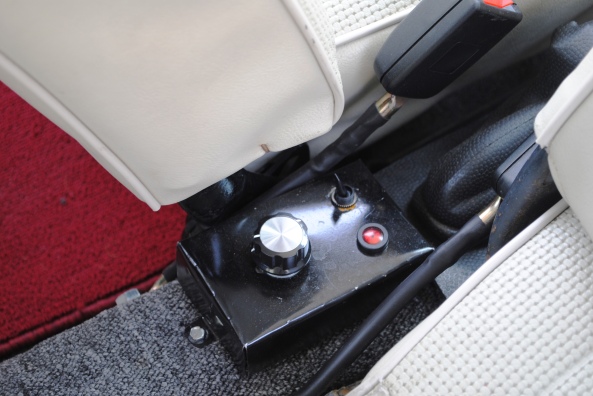