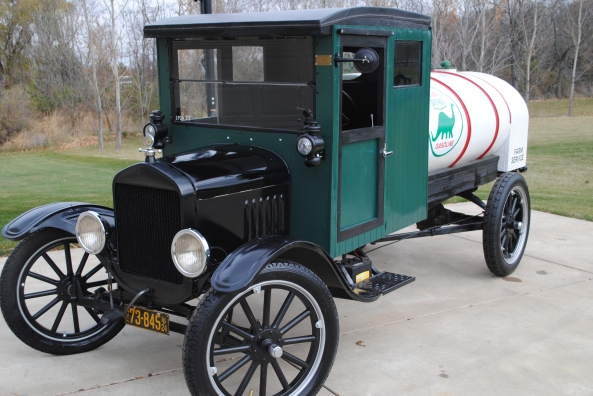 When I purchased this truck, it arrived in good condition as it appeared from 10 feet, but upon close and thorough mechanical inspection, a great many undisclosed problems, shortcomings, missing major components and shoddy workmanship were discovered.  I have subsequently corrected these problems, and since my purchase in October 2014, I have performed the following on this truck:
The previous owner claimed the following:

The tank on the back is divided into three sections, with no valves at the bottom of each.  Upon inspection, each tank has apparently been out of commission for an extended period, and all three sections would require sealing and valve installation prior to use.  Since this vehicle is 90 years old, I would suspect that its days of hauling 300 gallons of oil/gas are well behind it, and I would not recommend trying to press this vehicle back into service unless the tanks have been completely redone, the leaf springs replaced and the wheel hubs replaced and wooden wheel spokes replaced at a minimum.  My best guess as to its current capacity would be perhaps using only one of the three sections, or no more than 150 gallons, max.

I discovered upon inspection a metal plaque indicating that this truck was at one time part of a truck fleet owned by Sinclair Refining Company.  Although this could not be historically verified, all evidence present on the truck including the era correct tank suggests that it is entirely possible that this truck was original commissioned as a fuel hauler.  Accordingly, I took the liberty in ordering Sinclair Dino gasoline decals for the tank.  Although the decal itself was not available until 1934, recall that this would have been during the depths of the Great Depression, and rather than many companies ordering new 1930’s Ford Model AA vehicles,  it was exceedingly common that a truck fleet of 10 years old as this one would have been at the time was kept in service.
IMPORTANT NOTE: I purchased this truck from an individual in Oklahoma and received a notarized bill of sale along with an Oklahoma title that had been filled in by the guy I bought it from as the new owner, but this individual never processed the title into his name.  The eventual buyer needs to be aware that the title is in the name of two prior owners ago (including me), has been signed over to the last buyer, who subsequently provided me this unprocessed OK title along with a notarized bill of sale.  UPON SALE, ONLY BILL OF SALE AND EXISTING OKLAHOMA TITLE WILL BE PROVIDED TO BUYER. IT WILL BE ENTIRELY THE SOLE RESPONSIBILITY OF THE ULTIMATE BUYER TO PROCESS THESE EXISTING DOCUMENTS FOR TITLING PURPOSES.  NO OTHER DOCUMENTS ARE AVAILABLE, AND NONE WILL BE PROVIDED OTHER THAN THESE TWO MENTIONED HERE. 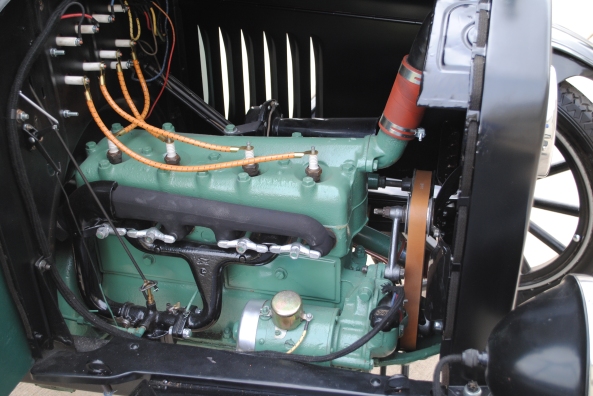 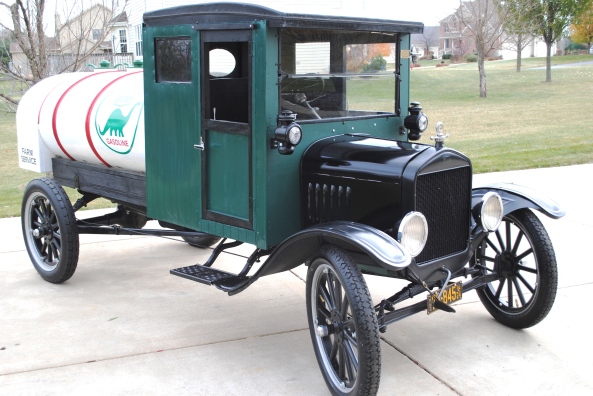