This car was obtained from a car museum near Sacramento, CA and has virtually no rust anywhere owing to its long time residency on the West coast, where the only salt on the roads is from somebody spilling their McDonald’s french fries from time to time.  This 1919 Ford has had a recent radiator replacement along with a functioning era correct Stewart speedometer.  Included is a two-speed Ruckstell rear end, which effectively gives this formerly two speed car an additional two forward gear ratios.

New Firestone all-white tires including a side mounted spare give this all-black car a ‘tuxedo’ appearance, and the top and upholstery are relatively fresh. 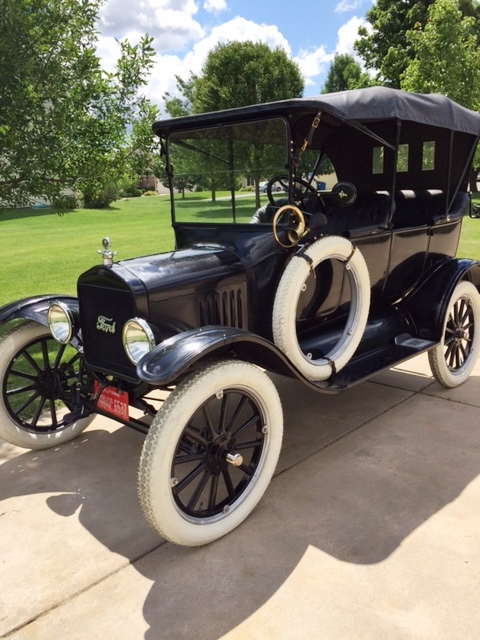